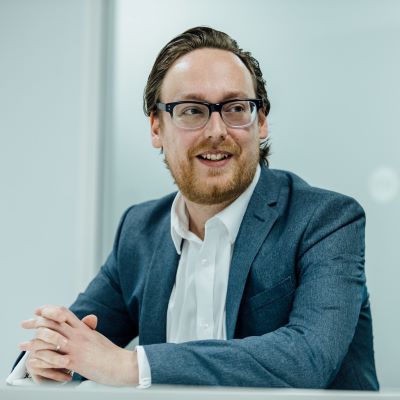 Measuring the value of ‘social value’ in planning

Social value is a term that has been gaining prominence within the development sector over recent years. It has become very relevant to the way in which development projects are designed, procured and constructed in order to maximise the benefits to local communities, as well as broader issues such as how the planning system can secure additional social value through plans and policies. So, what is meant by social value and what are it’s implications for business?

In simple terms, social value refers to the benefits that an organisation can deliver to society through its activities and supply chain, and is defined within the Public Services (Social Value) Act 2012 which was introduced by the then Coalition Government. The Act requires public authorities to consider, “how what is proposed to be procured might improve the economic, social and environmental well-being of the relevant area” in connection with public services contracts.

It is worth highlighting that while the 2012 Act gave social value a legislative footing for the first time, it is not a particularly new concept. For example, “public value” has featured within UK government public policy appraisal guidance such as the HM Treasury Green Book since the 1990’s. There has been long-standing recognition that measures of social welfare need to be considered alongside market efficiency outcomes when appraising public spending decisions. But it was David Cameron’s “Big Society” concept that arguably paved the way for the 2012 Act, before Theresa May’s government went on to publish a 2019 consultation on social value in procurement.

This culminated in the publication of The Social Value Model in December 2020 which set out five social value ‘themes’, updated to reflect the ongoing impact of COVID-19:

From 1 January 2021, it has been mandatory for social value to be “explicitly evaluated” in all government procurement processes in accordance with Procurement Policy Note 06/20 released by the Cabinet Office; this applies to all central government departments, their executive agencies and other non-departmental public bodies. A minimum weighting of 10% of the total score should be applied for social value in the procurement process, or higher if justified. Many local and combined authorities in the North East are already emulating this approach. Newcastle City Council, for example, has approved a Social Value Outcomes Identification (SVOI) framework to inform commissioning and procurement processes in a way that optimises social value. Tees Valley Combined Authority is another public authority that is firmly embedding social value outcomes in its procurement processes, with tenderers being asked to demonstrate their commitment to delivering a positive impact on the social, economic and environmental wellbeing of Tees Valley. This is something that we have been contributing towards at Lichfields – having made a commitment to deliver social values – as part of our recent work to develop Tees Valley’s Local Industrial Strategy. Among other more general initiatives, we have contributed to positive social outcomes by supporting summer work placements for pupils at school in Tees Valley as well as delivering sessions at secondary schools to showcase careers in planning and development.

It is important to emphasise that the concept of social value is not simply about procurement. Government has previously signposted the potential to embed social value more widely into public policy, including planning. The 2018 Civil Society Strategy noted, ‘the government will explore the suggestion submitted to this Strategy that the Social Value Act should be applied to other areas of public decision making such as planning and community asset transfer’. In this context, it is perhaps surprising that the 2020 Planning for the Future White Paper did not take the opportunity to expressly refer to social value.

However, it is not hard to see that the core ethos of creating social value already sits at the heart of the planning system. It is closely related, and complementary to, the principles of sustainable development already within the National Planning Policy Framework (NPPF) which include a “social objective” for the planning system alongside economic and environmental objectives. The single statutory “sustainable development” test proposed in the Planning White Paper, if adopted, could see social value feature even further in a new generation of local plans.

In the meantime, a number of local authorities are already incorporating social value policies within local plans requiring developers to make social value commitments, and for developments to deliver social value and maximise community benefits. Increasingly, there are examples (such as the emerging Islington Local Plan) where major developments are required to undertake social value self-assessments at the planning application stage to evidence how social benefits will be delivered and sustained by a development through its lifecycle. We are not aware, as yet, of any examples of North East local authorities requiring such assessments. However, given the extent to which the demonstration of impact against social value themes is becoming an increasingly important narrative, it would not be a surprise to see such requirements emerge in future local plan reviews in the North East.

Critics of social value sometimes claim it is a nebulous concept, but that perception is perhaps down to the inherently cross-cutting nature of what it represents. It is fair to say that it has taken time for it to gain traction and gradually permeate into different aspects of procurement and policy in the development sector. But nearly 10 years since the 2012 Act was passed, it is clear that social value is a powerful and enduring concept that is here to stay. As priorities are reassessed in the aftermath of COVID-19, and with a national policy agenda focused on “levelling up” and greater public spending to stimulate growth, social value may gain even greater prominence in the years ahead.

Here at Lichfields we have been using our social value framework and measurement tools to help our clients to provide evidence and tangible examples of the social value outcomes attributable to their investments. This builds upon our track record of appraising the socio-economic benefits of individual development projects in the residential, commercial and leisure sectors.  It also reflects our expertise in conducting economic ‘footprint’ exercises at the company or industry level to support CSR initiatives and lobbying activity.  Increasingly in this area of work, we are noting an appetite from clients to give social and economic outputs equal weighting, reflecting the greater emphasis being placed on the former by policy makers at the local, sub-regional and national level.

Please do not hesitate to get in touch to discuss further.

Will Christiansen, Senior Planner and Economics Consultant at Lichfields

Photo by NeONBRAND on Unsplash