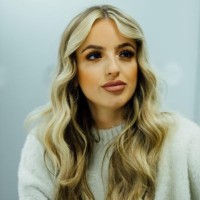 Stars align to deliver out of this world partnership

When tourism bosses behind Northumberland International Dark Sky Park looked to build on its reputation as one of the UK’s premier astronomical hotspots, they turned to Newcastle-based creative and digital marketing agency Drummond Central. Delivering a new brand that unites the park’s modernity with the county’s rich history, officials say the collaboration leaves the attraction primed to welcome further constellations of visitors in the months and years ahead.

Plenty of us are familiar with the phrase ‘blue sky thinking’ when tasked with conjuring fresh ways of working. But what about ‘dark sky thinking’? Well, that was the theme of discussion when tourism bosses sought to create a new brand identity for a globally-recognised stargazing location.

Known as the first – and largest – of its kind in England, and the biggest across Europe to carry gold tier recognition, Northumberland International Dark Sky Park has magnetised galaxies of visitors for years. Spanning the entire Northumberland National Park and most of Kielder Water and Forest Park, it is the North East’s trademark attraction in a £25 million – and growing – astrotourism industry that supports hundreds of jobs. And its stellar reputation is set to grow further thanks to new branding.

Working with Newcastle’s Drummond Central – which counts North East firms Greggs, I Am Sold and Tor Coatings as clients alongside international operators such as bet365 – tourism officials created a fresh insignia that fuses the modernity of space exploration with Northumberland’s ancient past. Black concentric circles, taking their inspiration from the county’s famous Neolithic cup and ring carvings, are complemented on a white background by a four-pointed star at the brand’s centre and a sun in orbit at its top right.

It is, says Duncan Wise, Northumberland National Park Authority’s visitor development and tourism officer, a unique design befitting of the 572-square-mile venue’s place in history. Furthermore, the crest, says Duncan, is emblematic of how close collaboration and flexibility can achieve forward-thinking goals.

“When Visit Northumberland revisited its branding, we thought it was an opportunity to come up with something of our own that would sit compatibly with that change but have a distinctive graphic,” he says.

“We thought it would be nice to have something that stood out, like the cup and rings.” Duncan continues: “They are probably
four to five thousand years old; nobody really knows for sure what they are, or what they were used for, but they are highly decorative and synonymous with Northumberland.

“We submitted the idea and Drummond Central came back with the logo, which is very clean and attractive, and I’m looking forward to us installing it on our interpretive panels and signage.”

Dan is equally effusive, describing his and the Drummond Central team’s delight at creating a logo that reflects the “awe-inspiring” sights regularly witnessed above the park, which was awarded its global title by the International Dark Sky Association in 2013 for its efforts to combat light pollution.

He also says the project provided an illuminating insight into prospective visitors’ perceptions of the county, which laid the foundations for its astronomical venture.

“The initial brief from Visit Northumberland was to create a best-inclass brand and digital experience that would reflect being in and around the county,” says Dan. “We worked hard to understand why many people choose Cornwall, the Lake District, Yorkshire or Scotland as destinations, rather than Northumberland. “We talked to businesses in Northumberland, as well as potential visitors, doing mobile ethnography research and spending time with young families, young couples and older visitors.

“Some didn’t know where Northumberland was, some said it was too remote, describing it as cold and bleak, and others said there was very little for them to do up here.

“Of course, we knew what they were saying was at direct odds with what Northumberland has to offer and it really helped shape our work.

“We set about highlighting the county’s endless experiences in a new brand identity for Northumberland, and that then proved a natural catalyst for the dark sky park team to reconsider how they were handling things,” says Dan, who reveals the stargazing project was delivered virtually, owing to COVID-19 restrictions.

He continues: “We wanted to create something that would position the park as an experience in and of itself, rather than simply as an extension of the Visit Northumberland brand.

“And we were helped by a really interesting steer; the cup and rings allowed us to deliver something with a lovely authenticity.

“The brand is clean and modern and really feels like the sort of thing you might see when you look upwards.

“When you time it on the right night in Northumberland, it can be a magical place; there is nothing like the surprise and delight you get from stargazing.”

Duncan concurs and adds he hopes the new branding will encourage more people to take in the county’s matchless skies and deliver fresh impetus to the area’s economy following the COVID-19 pandemic.

He also says it will play a major role in building on the success of the county’s first Dark Sky Festival, which took place digitally in February and attracted more than 4600 people, who watched live streamed events on subjects including the Northern Lights.
Duncan says: “The public’s interest in astrotourism is very strong and Northumberland International Dark Sky Park has been a game-changer on that front.

“Northumberland is one of the darkest places in England and one of the premier stargazing destinations in the UK because we have access to thousands of stars, and we hope the new logo will raise our profile further and ensure the county stays top of the list for years to come.”

He continues: “The best months for stargazing, naturally, stretch across autumn and winter, so the industry has extended our tourist season; it has gone from the traditional Easter to September period to a full 12 months.

“That means people are now seeing Northumberland as a year-round destination and businesses, whether they are accommodation providers, restaurants or pubs, have benefited – and will continue to – from visitors coming out to stargaze.”

Dan is similarly confident, and says that as a local business, he and his team are thrilled to be helping the region thrive.

He adds: “We are a North East agency, so when we have the opportunity to work on briefs like this, there is nothing more
satisfying. “We get excited about making a real difference, and this was an opportunity to do that with lovely people.

“To play a small part in bringing a new audience to this area of the country and add to its economy was really gratifying.”