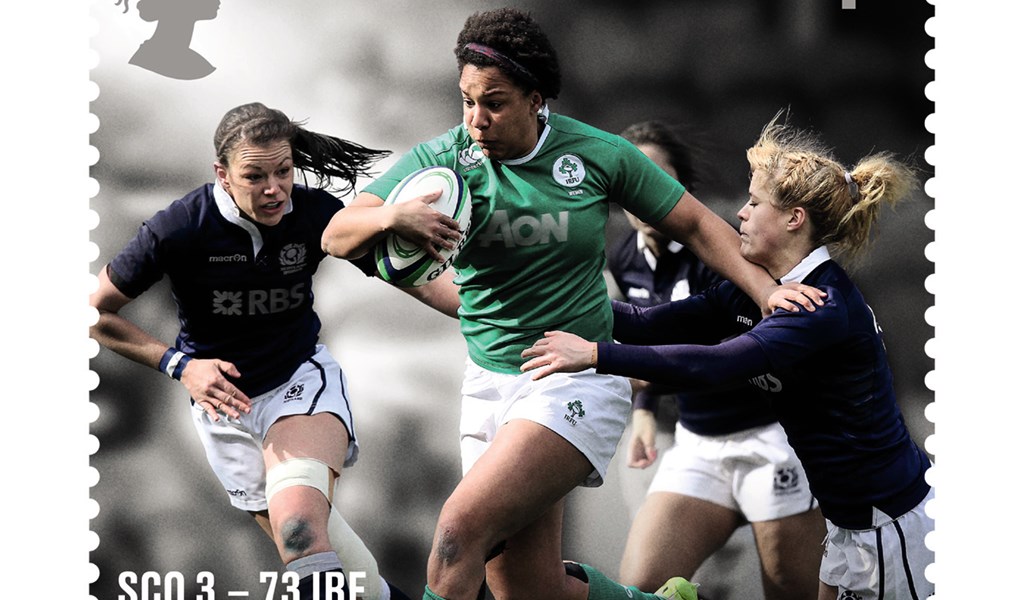 Irish rugby international Sophie Spence who started her playing career while studying at Teesside University, has been immortalised on new set of Royal Mail stamps.

Sophie, who is currently a World Rugby coaching intern with Wales Women, is among rugby legends who feature on the new set of stamps released this month to celebrate moments from iconic men’s and women’s rugby union matches.

The stamp set marks the 150th anniversaries of the formation of the Rugby Football Union (RFU) and the first international match between England and Scotland in 1871.

Sophie, who started playing rugby while studying at Teesside University, graduated from the BSc (Hons) Sport and Exercise and MSc Sports Psychology at Teesside.

She appears on a First Class stamp, pictured during the Ireland and Scotland Women’s Six Nations Championship match in 2015.

Sophie was first selected for the Ireland women’s rugby team as part of that year’s Six Nations championships in 2012.
She said: “I hadn’t played rugby before I came to Teesside University. Along with the study, the social side of being a student was fantastic and I was able to try all kinds of different things. Rugby just seemed to come naturally and I progressed very quickly.”
Sophie played for the University team and was asked to play at an Irish exiles training camp, which led her to be chosen for the national team.
She added: “Rugby has been a huge part of my life since my early twenties, allowing me to travel, compete and achieve with so many great teammates and friends. I have learned so many transferable skills from the sport which I continue to use off the field in my career.

“I am very grateful to have had the opportunity to take up rugby and I am glad I was able to start this journey at Teesside University.”

Find out more about the stamps here:
https://shop.royalmail.com/special-stamp-issues/rugby-union/rugby-union-stamp-set